Get educational contents from authors around the world at one place. Send guest post for publication to editor@eduperk.com

The stars and colors you see when you rub your eyes

Diwali is a festival of lights Try not to indulge in any fights Enjoy with lots of shopping The list everytime has something new popping Decorating houses And exchanging gift pouches Trying latest DIYs Making flowers and butterflies Making beautiful colourful rangolis Protecting it from feet and bees Wearing beautiful dresses Bordered with thick laces... END_OF_DOCUMENT_TOKEN_TO_BE_REPLACED

Pain is not when I study all night, pain is when those late nights, early mornings and even those sleepless nights don’t pay off… 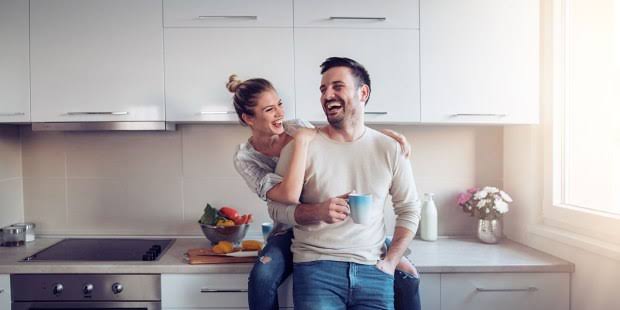 Love in not about changing the relationship status on social media. It’s your availability for the other in moments of happiness and distress, a pleasant words of hope that can heal your mind, a warm support by being together, and a sudden meet-up to bring cheers on each other’s face. Just two people, a shared life.

A sleepless night Spent in a fight There was a dim light Stress was at its height Brain full of exam stress Coffee in the cup was very less No thoughts of worldly pleasures No hunger for food which was once a precious treasure The whole country was sleeping My heart was weeping Life felt... END_OF_DOCUMENT_TOKEN_TO_BE_REPLACED

When there should be a word for something but there isn’t, it’s called a lexical gap 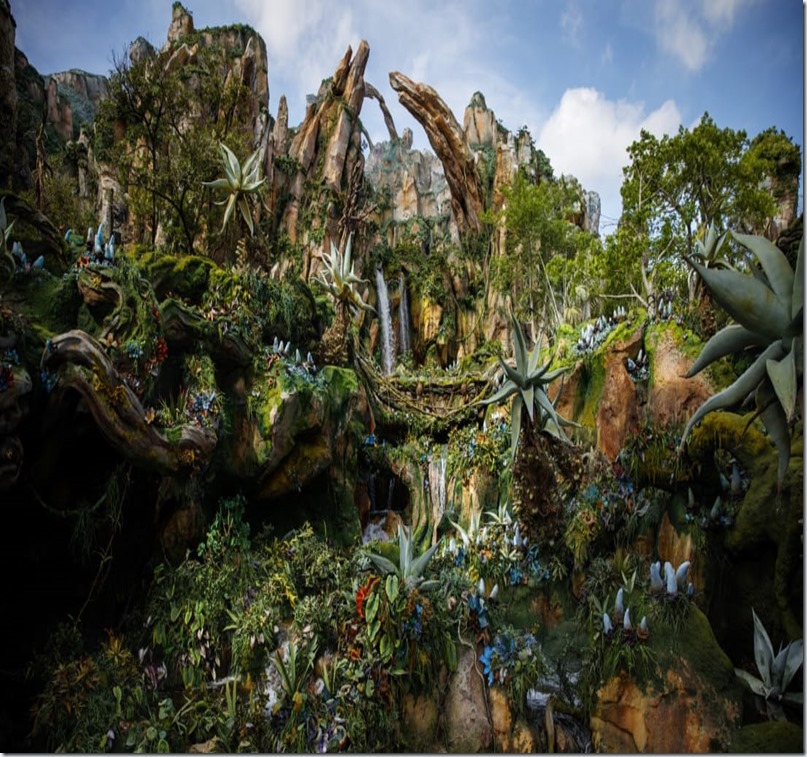 We as Humans we seem to be condemned to live in the present, but to be looking back at the past with longing, and ahead to the future with dread.

A Spanish poet of the 15th Century by the name of Jorge Manrique wrote:

“Stanzas about the Death of his Father”) is Jorge Manrique’s best composition. In fact, Lope de Vega pronounced it in humbled admiration to its superior craftsmanship,”worthy to be printed in letters of gold”. It is a funeral eulogy dedicated to the memory of Rodrigo Manrique (his father), who died on 11 November 1476 in Ocaña. Jorge thought that his father led a life worth living. He makes a reference to three lives:

1.-The terrestrial life that ends in death

2.-The life of the fame, that lasts longer (Kleos Greek)

3.-The eternal life after death, that has no end.

In the first stanzas he said:

Fan the brain and wake up!

So swiftly  pleasure is gone,

How, in our opinion,

This translation its kind of literal

Here its another one more poetic:

Let from its dream the soul awaken,

And reason mark with open eyes
The scene unfolding,—
How lightly life away is taken,
How cometh Death in stealthy guise,—
At last beholding;

What swiftness hath the flight of pleasure
That, once attained, seems nothing more
Than respite cold;
How fain is memory to measure
Each latter day inferior

To those of old.

And  that is as true today, as it was many years ago. So no wonder we more likely look at the future with at least some reserve, if not dread. A future of our society in doubt, by the many problem that plague us.

Overpopulation, over pollution, over extinction of species, vital to keep our World habitable, Political morass, and unwillingness to do nothing positive to deal with the problems, rather than see the train coming at the crossroad, and unwilling  to put the breaks  before attempting crossing, playing a gamble that they will beat the oncoming disaster. 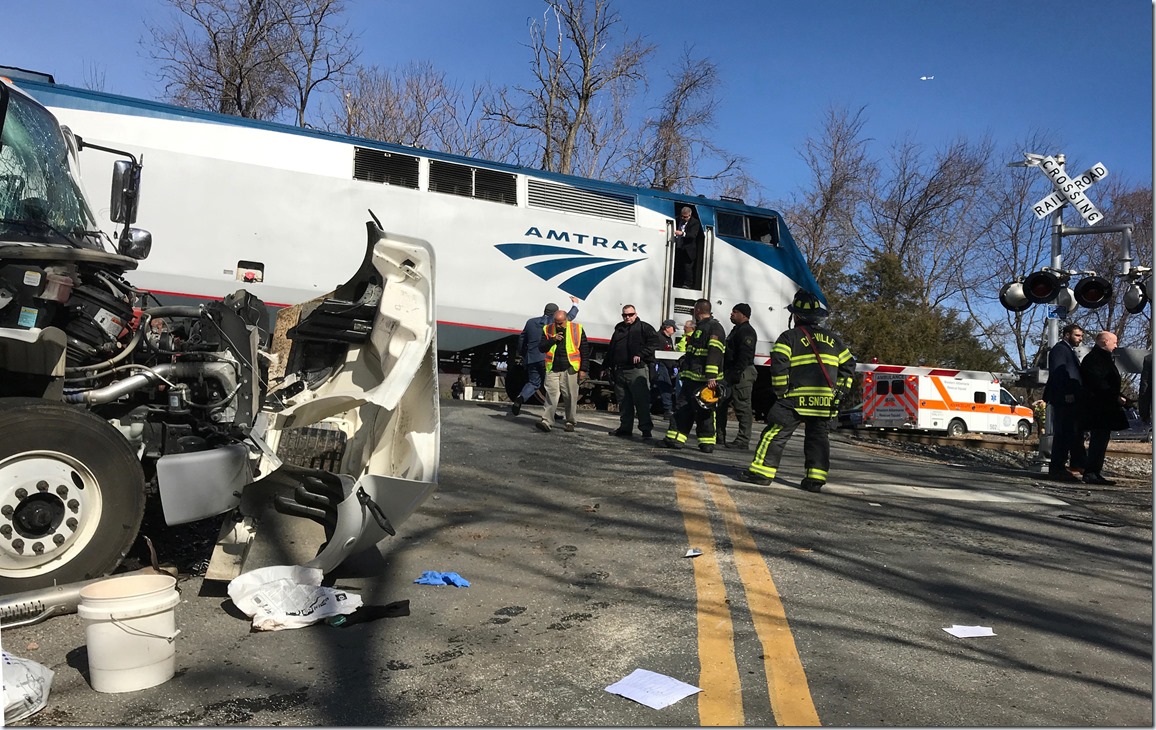 Well I do not need to tell you, there is a high price to pay for stupidity, combined with stubbornness,  and of course you know the definition of  insanity, some people attribute it to the darling of quotes; Albert Einstein:

“The definition of insanity is doing the same thing over and over again, but expecting different results.

No wonder people have nightmares about our almost sure Dystopian future, just imagine..!

The recent uptick in dystopian films and post-apocalyptic scenarios seems more urgent and more extreme than it has in the past.

Ostensibly set in the future, the post-apocalyptic mode can function as a window on the present, the prognosis its not good. 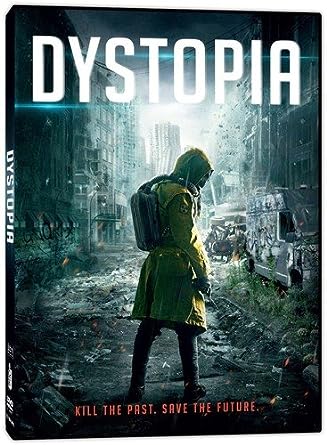 The list of environmental disasters today now its divided into categories, and listed in alphabetical order:

And I do not want to depress you, or overwhelm you with the long list on each category, all you got to do is pay attention to the news. 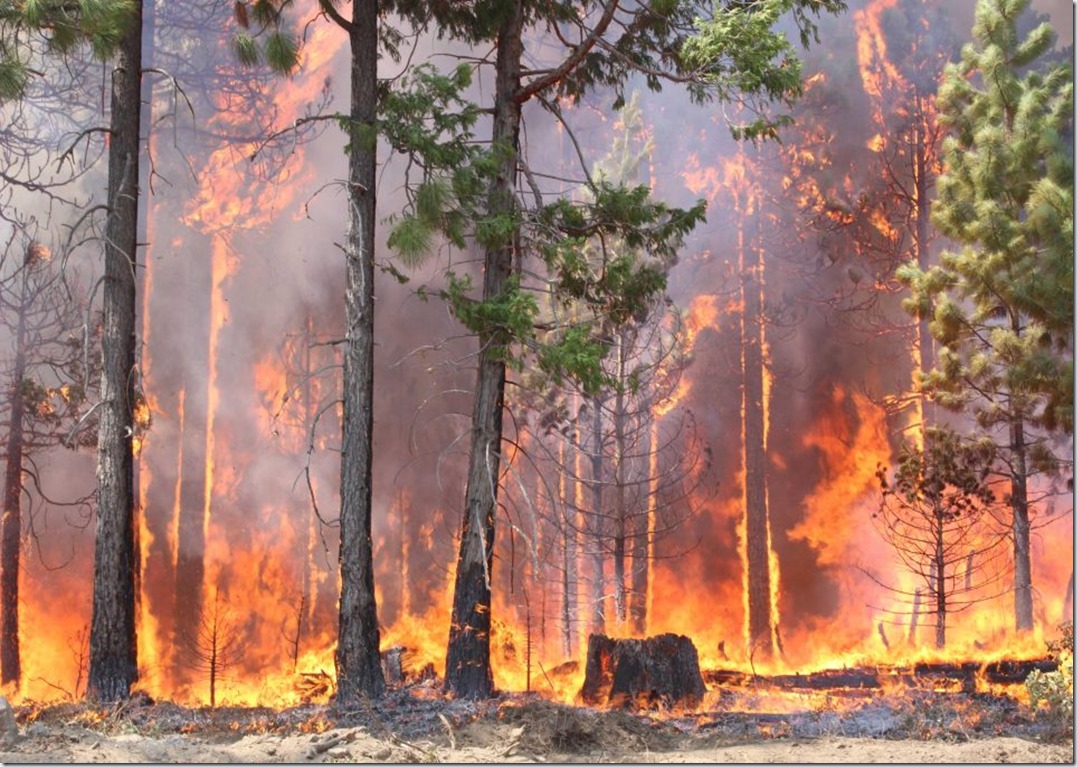 Rather than do that, I will show some of the things are important, to fix our problems.

We need to fight Ignorance, and Mediocrity, the reason of so much lack of Consciousness. No matter where you go, almost everything is exactly the same and it’s getting worse by the day, in other words an ignorant person its a blind person, and the blind cannot lead us, and that its what we have leader wise, and I am not talking just about our country, Worldwide its pretty much the same, maybe with few exceptions.

A cross country trip meant you got a taste of the different flavors of life. You experienced things you’d only experience in a certain state. However, these days everywhere you go it’s pretty much the same deal, malls and chain stores everywhere, all offering the same product you can get elsewhere. Worse, yet is the fact that people seem to desire this mediocrity for it’s comfort factor and have lost all sense of adventure. People desire mediocrity so much that it’s becoming the only thing offered. Look around yourself, everything is mundane. Even tattooing before a thing for tribal aborigines, and outcasts, has gotten it’s fair share of this cancer. 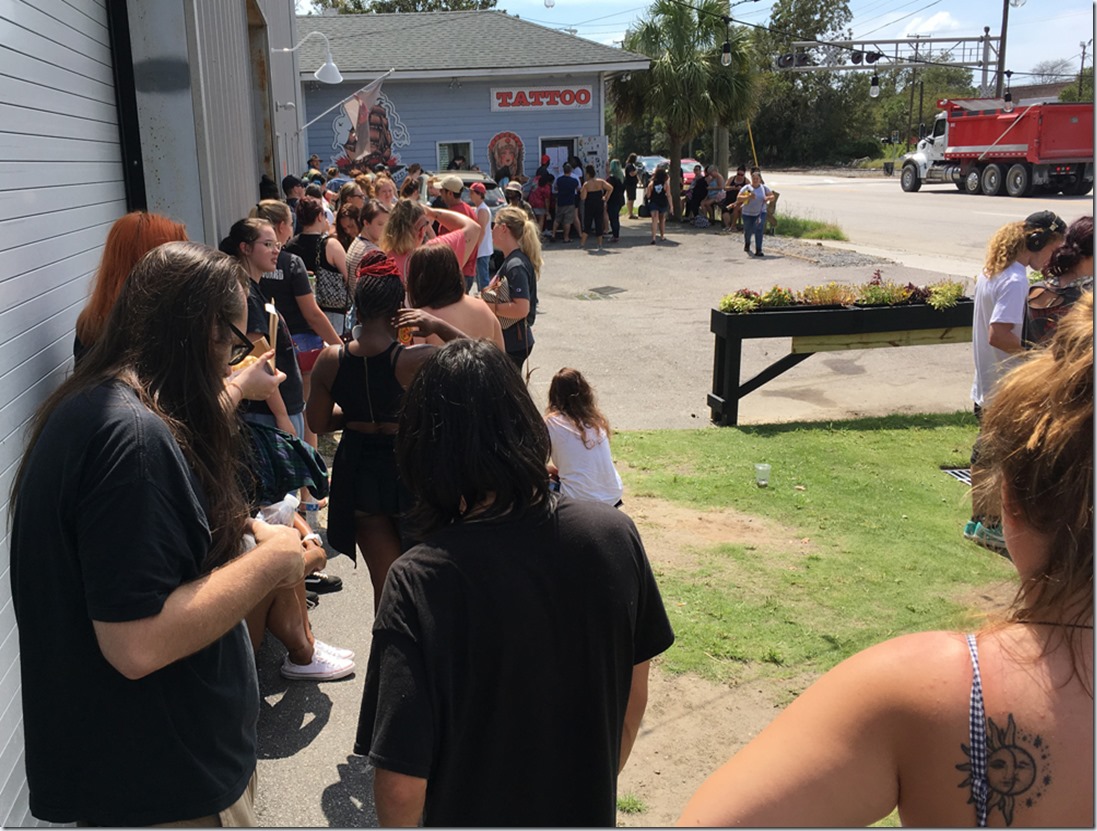 Line at a popular Tattoo parlor.

The population growth , its just too much to be handled by our small planet. The Statistical Institute estimated that the world’s population in 1920 was 1,791,496,000.

The current world population is 7.7 billion as of October 2019 according to the most recent United Nations estimates elaborated by Worldometers.

I am not usually a pessimist, and believe the World somehow will go as and old Italian song said:

Just too many of us, with such unruly crowd, and doing whatever seems everybody please, with no regard to anything else, specially to the fragility of our environment, a Dystopian future?

If we keep business as usual, but do not worry the World will keep turning, just maybe with a lot less of us, after all the World has faced bigger crisis, in the past, ask the Dinosaurs. 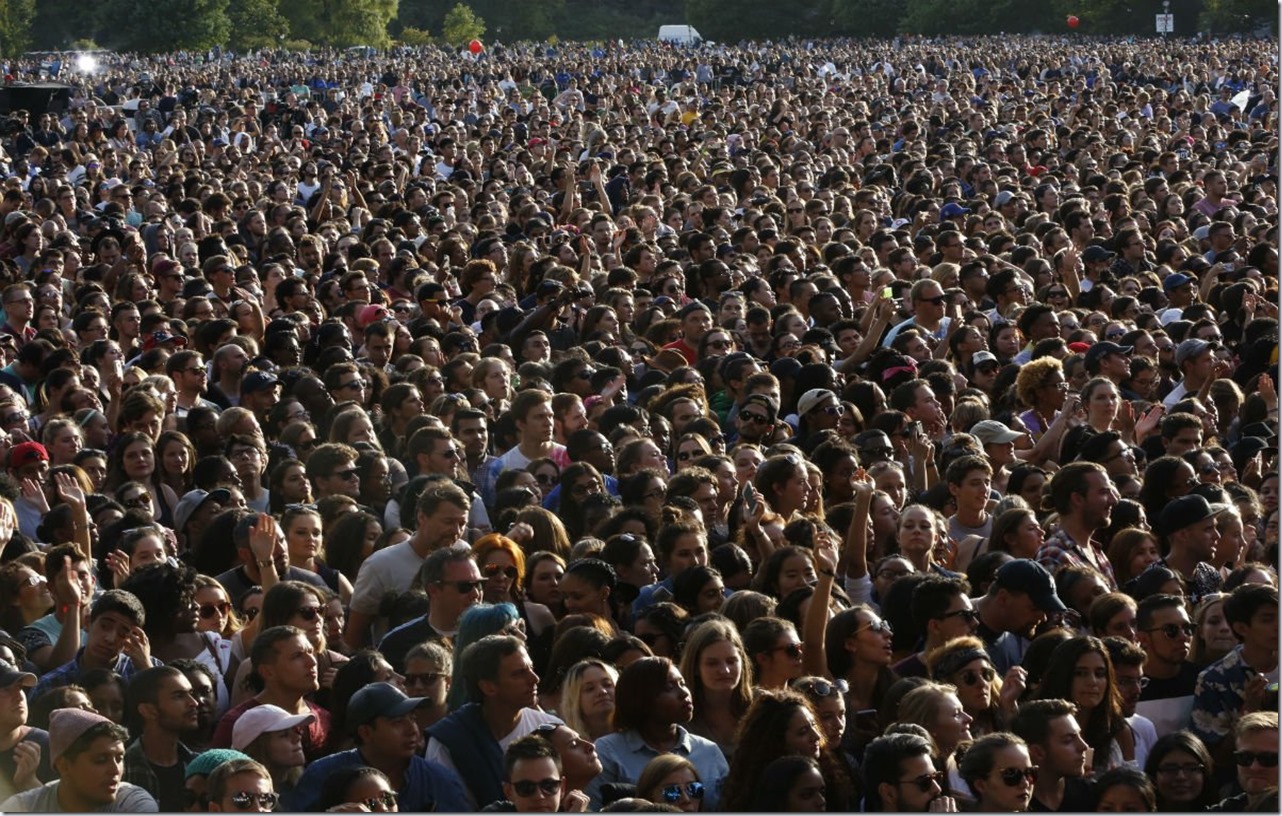 [In 2009, it was my turn to be the Team Leader of K-Team, the Younger (K-T-Y), who were teenagers; one, of whom was a certain 15-year-old son who would’ve preferred to be playing computer games rather than travelling around Tasmania. This time the K-T-Y team venture to Coles Bay on the Freycinet Peninsula which is on the East Coast of Tasmania.

Many thanks to Mohamad Al Karbi who has given the opportunity to share my family’s travelling adventures in Australia.]

We need an Aussie “Brat Camp”, I thought as we trudged up the steep path. The best beach in the world, but did Son 2 care?

My 15-year-old Son 2 shuffled up the slope, his head shrouded in emo black hair bent as he stared at the gravel. A cry sounding like a demented “Chewbacca” echoed through the valley, ‘It’s too hard!’

Son 1 and girlfriend had raced ahead. 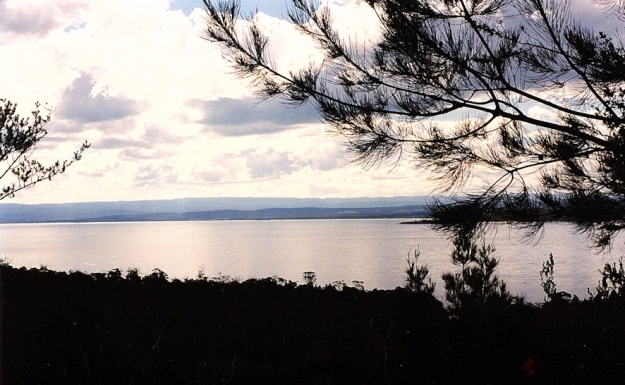 I stumped back to my son who then leaned against a rail. Oyster Bay glistened blue in the afternoon light and boats with white sails bobbed on the water. I was beginning to appreciate the effort and patience my Dad took to take my brother, cousins and me on safari all those years ago in 1981; our adventures documented in Trekking with the T-Team: Central Australian Safari 1981.

I waved a hand over the scene. ‘How can you not appreciate that view?’
Son 2 grunted.

‘It’s better on the other side,’ I said remembering our previous foray eight years earlier up and over the rise of the peninsula to Wineglass Bay. 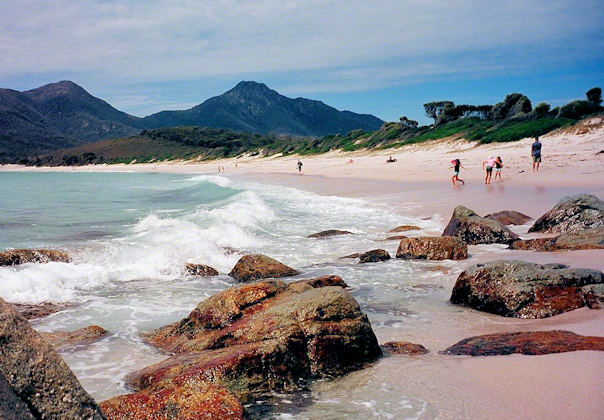 We trod up the path.

I imagined Son 1 and girlfriend way ahead. But there, at the next lookout, Son 1 bent down, hands on knees, his girlfriend patting him on the back.

Plan to hike to Wineglass Bay postponed until next morning, we trudged down to the car, and then drove the 20 minutes back to our cabin at Coles Bay Caravan Park. Son 2 grizzled all the way back. ‘Oh, why can’t we? I was just getting into it.’ 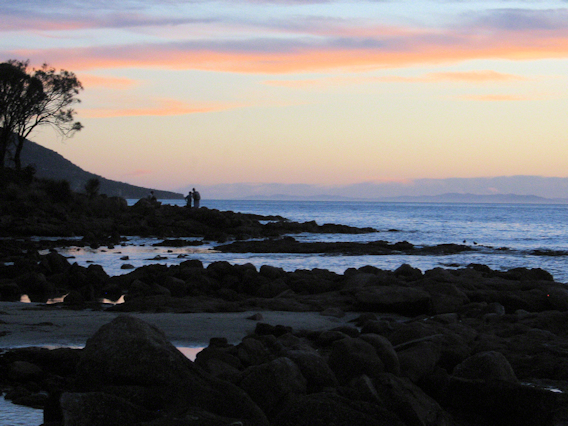 Find out if the K-Team the Younger succeed in their quest to reach Wineglass Bay.

Thanks to jesusluvsall for gifting me this award nomination. I am very grateful to you for taking me as the one who deserves this. This is the second Liebster Award nomination, as depicted by the title. Award Rules: 1. Thank the blogger who nominated you. 2. Share 11 facts about yourself. 3. Answer the 11 questions the... END_OF_DOCUMENT_TOKEN_TO_BE_REPLACED

Lovely were those days Playing with colorful clays Roaming around the house With no knowledge about the spouse Going out in stylish short dresses No requirement of hair presses No worries about taunting of society Those detective eyes of neighbour’s aunty Sensitive health but high energy Frequently prone to allergy Laughing, crying or sleeping And... END_OF_DOCUMENT_TOKEN_TO_BE_REPLACED 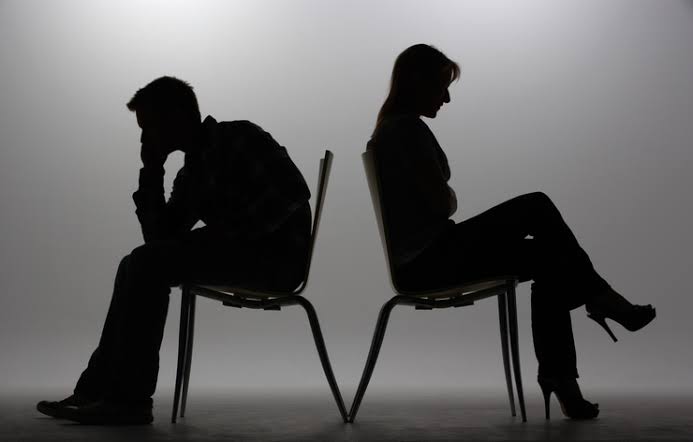 Moving on is the toughest segment one can go through in life. They talk to you, create memories with you, give you surprises, take efforts to be with you. But nothing remains the same throughout. Everything changes. Everyone changes. It is completely sick to expect people to remain the same with you. They find new people, different relationship, fresh career, or their dream environment. The atmosphere they engage into changes them completely. Also, you might have given them so much importance in life. You might have made them really really special. They might have cherished all that you have done to them. But it is not the same always. They never asked you to do all these but you did. Why? Because you love them? Because you want them to stay in your life forever? So that they won’t move aside from you? If these are the factors, it’s time to feel sorry for yourself. Trust me, your efforts, time, love, care, or whatever you do for others come with a expiry date in one’s life. Once it is there, it’s no more of your time with them anymore. Someone else overtakes. They find a deep connection with that new person. Giving lectures, trying to create a bond again, going behind, doing all the possible things to make them stay—no; nothing would really work. If one of you decide it is over, it means it is. Moving on is difficult. Letting go of something that kept you alive is tremendously hurtful. But think. Haven’t you done your best to always keep them at first place? Haven’t you showered enough love to always gel with them? Haven’t you asked them where all their efforts have gone? Haven’t you earlier told them how it feels to be ignored? Haven’t you tried explaining that loneliness kills? Haven’t you told that lack of appreciation creates inferiority? Haven’t you cried your feelings to them? You did everything. Literally everything. Enough being what you are not. Be what you really are. You’re so good to yourself. Treat your body better. Take care of your heart well. May your mind be relieved from all distressing thoughts. Few things that happen in life break your soul, tear you apart, put you lifeless. Move in front. Get back from unrealistic surrounding what you thought was real. It is possible. Push yourself to do that. One day, these will not even matter. Bless them and let it go. From stronger to being strongest.
Peace and Love to all.