The Single Biggest Issue with Postmodernism

It’s interesting to note that, of all philosophical trends in history, only modernism was declared dead due to a failure of architecture.  The demolition of the Pruitt-Igoe complex in St. Louis was hailed by everyone from serious sociologists to literary critics as the end of one era and the beginning of the next, which they imaginatively called “postmodernism”.

Pruitt-Igoe complex demolition – hailed as the end of Modernism.

Of course, the aspiring postmodernists had were simply using a fortuitous event to further their cause and ignoring inconvenient truths.  While it’s true that Pruitt-Igoe was undoubtedly designed on modernist principles, its failure had more to do with mismanagement and public policies than with modernism itself*.

In the long tradition of social reformers, however, the postmodernists ignored the facts and pushed their way of thinking forward – successfully.

In its original form, postmodernism was a typical adolescent rebellion by social theorists against what had come before, turning a skeptical eye towards both antique institutions and modernism itself.

So far, so good.  They say nothing is more predictable for intelligent people than the avant-garde, and postmodernism was living up to that truism from the outset, and would soon settle down to become the established norm with new rules and values.

They did this admirably.  Nowadays, if you know what is particular pet topic is, you can write a postmodernist scholar’s paper for him before he knows he is going to write it**.

And therein lies the problem, and ultimate barrenness of postmodern thought.  At some point, postmodernism began searching for tools with which to give form to what began as a rejection of what came before, and they seem to have taken a wrong turn.

The central tenet they ended up embracing is, in layman’s terms, that there is no such thing as a “big picture”, and that it is perfectly valid to analyze individual elements separately – and in a separate, but ultimately equally damaging turn, that the observer is a critical part of the analysis.

While subjectivists were alive in Ancient Greece, the idea that single-element analysis is valid it’s called deconstruction, BTW) has been particularly detrimental in combination with it, damaging fields as disparate as History and Architecture.

We can dispense with the architectural elements easily – all one needs to do is to envision a building where the elements are meant to be viewed individually with no concern for the whole.  There are some out there (you can see one below – and it isn’t even the ugliest), but most architects have a grounding in art history, and an appreciation for aesthetics, so they have, on the whole, rejected the idea that the big picture is irrelevant. 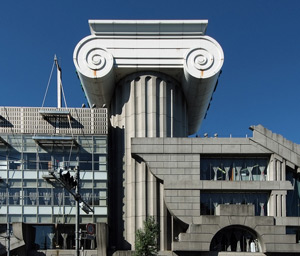 The K2 building is Pure postmodernism.

Where things do get unfortunate, however is in the softer sciences such as history or literary criticism (I won’t repeat the XKCD joke here – go find it yourself!).

History students suffering the postmodern wave of revisionism (every movement has its revisionist wave) are being taught that unimportant groups and people were just as important as the movers and shakers of their era.  That slaves were historically important in societies where they were just used as human cattle, or that minority groups were politically influential in ancient India, or whatever.  The justification seems to be that the history of anyone who ever existed is important, so it must be taught as important.

The reality is that the suffering of minorities, slaves, or any other disenfranchised group is only important in times when the group managed to get some kind of power… if not, their suffering actually was in vain.

And yet, historians today are telling a different story.  It’s all very democratic, but will ultimately prove as damaging to the science as any other philosophically-based prejudice (see Eugenics for another 20th century attempt to fit history to philosophy – that one didn’t turn out so well either).

Criticism is often a butt of jokes about the academic worth of its practitioners, but we have to admit that, lately, the discipline has earned the scorn.

The problem is that with deconstruction allowing one to choose the focus one wants, it becomes easy – nay, obligatory – to focus on a single dimension when evaluating a work of art. 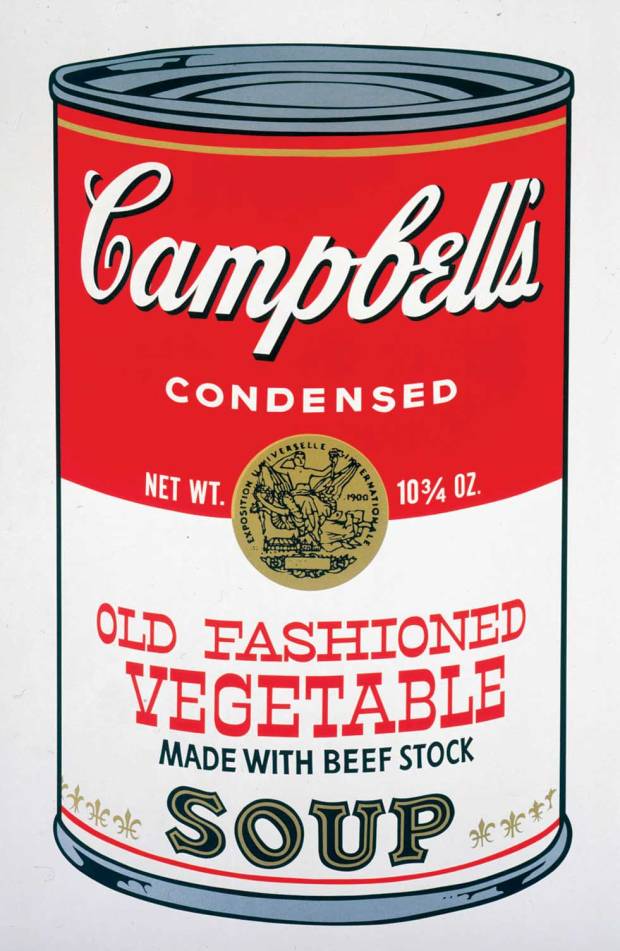 Soup Can: very pretty, but how does it speak to animal rights?

So a novel that touches the human spirit can be attached for not being feminist enough, a beautiful sculpture is worthless because it doesn’t address the plight of oppressed minorities.  Postmodernism’s obsession with minutiae blinds it to everything other than minutiae, to its own detriment.  Political arguments in the early 21st century seem to be imbibed with the same kind of narrow-gauge thinking.

It ends up feeling like postmodernism is the whiny self-absorbed teenager of philosophical movements…  Even to the point where there are already rumblings of a post-postmodernism.

However, like whiny teenagers, it will be hard to steer this one to a good port.  You see, the death blow to postmodernist thought has already been dealt, nearly two decades ago.

In 1996, physicist Alan Sokal submitted an intentionally flawed, parodical academic article to peer-reviewed postmodern journal Social Text.  Not only did the ridiculous piece pass the peer review process, but, after Sokal came forward to announce the hoax, some of the journals defenders actually said that (and I paraphrase) “Sokal didn’t understand the actual depth and significance of the piece he had written”.

Now that is more embarrassing than a simple demolition, don’t you think?

*Modernism clearly had its moronic moments, but Pruitt-Igoe wasn’t its fault.

**For example, that last sentence would be rewritten by a feminist post-modernist using “her” in place of “him” and “she” in place of “he”.  A multi-gender postmodernist will attempt to use an invented gender-neutral word in its place, etc.